The AIFUL Group manages its financial business in Thailand and Indonesia by applying the know-how that it has developed over the years in Japan.

The reason for the AIFUL Group to expand abroad is as below.
The Japanese retail finance market is expected to mature over the long term following the accelerated aging and shrinking of the population. In view of this outlook, it is expected that it would be difficult for a business specializing in Japan to achieve the Group’s targets for outstanding operating assets and profit growth. It is for this reason that the Group has been seeking to expand abroad, mainly in ASEAN countries, since 2014.

ASEAN countries are in the midst of an economic expansion akin to that of Japan during the postwar period of high economic growth. The Group is aiming to expand its business performance in the region by making the most of the management know-how it has accumulated over the past 50 years. We call this “time machine management.” While making use of the know-how the Group has accumulated, it can also import IT and information systems and, in terms of human resources, competent personnel from overseas companies.

The AIFUL Group established a joint venture, AIRA & AIFUL Public Company Limited (A&A), with AIRA Capital, an overseas subsidiary in the Kingdom of Thailand, in December 2014. This company started a consumer finance business in October 2015, using the A Money brand. AIRA & AIFUL has been subject to consolidation since the first quarter of FY ended March 2018.
Since the commencement of operation, the loans outstanding has steadily increased, and as of June 2020, the loans outstanding was 20.5 billion yen and the number of branches was 50. 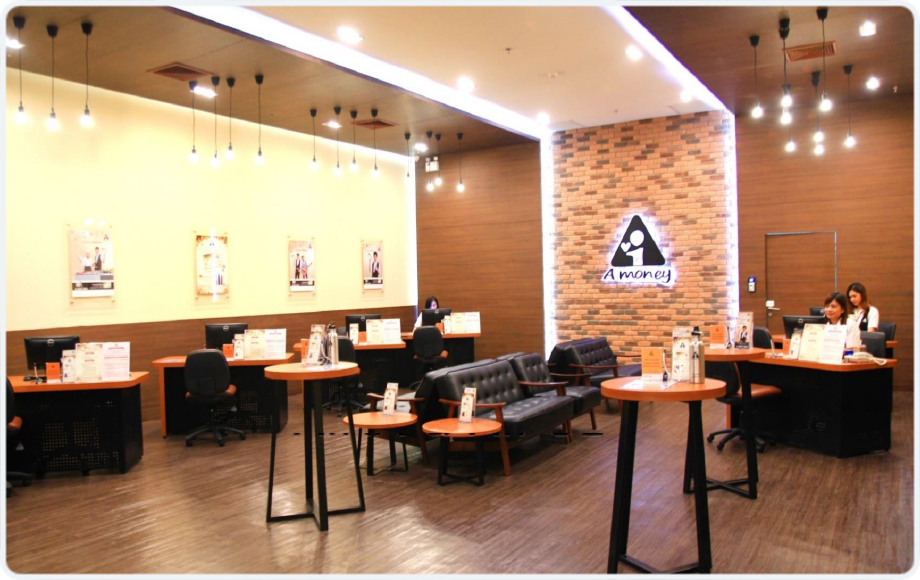 REKSA FINANCE manages the used cars loan business in Indonesia. The AIFUL Group have obtained shares of it in May 2017, participated in the management. The company is currently working to expand operating assets while obtaining high-quality loans. It is not subject to consolidation.